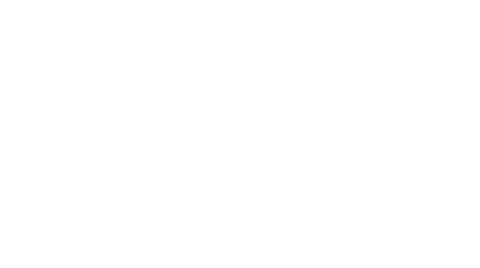 In May of 2021, Florida Governor Ron DeSantis expressed concerns about water levels at Lake Okeechobee, stating that: “with the lake at the level it is now, we're really concerned and bracing for the Corps to discharge. And that's not, we think, the way we want to go forward." With the onset of the wet season and what could be an active hurricane season this year, the Governor and some lawmakers are urging the Army Corps not to discharge Lake Okeechobee to canals and rivers to the east and west, but to send the water south to the Everglades. The reason is simple: toxic algae bloom in the waters of Lake Okeechobee, spurred on by the summer heat, threatens to impact residents and tourists who use south Florida waterways for business and recreation.

Governor Ron DeSantis signed Senate Bill 56 and Senate Bill 630, into law on June 16, 2021.  The legislation, which is effective July 1, 2021, affects the operation of homeowners associations and condominium associations, including collection practices, notices of meetings, transfer fees, electronic vehicle charging stations, dispute resolution, emergency powers, official records, reserves, and leasing.  Below are highlights of SB 56 and SB 630 and the legislation changes to the laws governing homeowners associations and condominium associations.

As passage of a federal infrastructure bill nears, long-awaited transit investment may finally be near as well.  In South Florida in particular, local governments have begun to focus on Transit Oriented Development (TOD) as a means of modernizing transportation options and maximizing efficiencies between transportation and other development.

No Change Order Jobs: Impossible Sell or Wave of the Future?

The dreaded two words in the construction industry: change order(s) (“CO” or “COs”). Industry professionals, ranging from architects/engineers, owners, contractors, subcontractors, construction lawyers, carriers, lenders and sureties, each have experienced a project if not multiple projects turned sideways due to COs, or, better yet, disputed COs.  A CO is a modification to the parties’ construction contract, which can be additive or deductive, and can relate to scope of work and/or cost and/or time.  Those project participants also likely sought and relied upon some form of dispute resolution to resolve their disputed COs, and most forms of dispute resolution beyond the principals ironing things out between themselves are extremely expensive, and almost always reduce profits.

On Friday, May 28, 2021, President Biden unveiled a $6 trillion infrastructure plan. With the Biden Administration’s focus on climate change, substantial funds will be made available to address sea-level rise, and this presents significant opportunities for Florida businesses. Moreover, the Florida Legislature passed several bills during the 2021 session (see, e.g., SB 1954 and 2514) designed to make grant funds available, primarily to local governments, for infrastructure hardening in coastal areas.

Anyone interested in obtaining government-funded contracts to engage in infrastructure projects in Florida needs to have at least a basic understanding of the law and rules governing the solicitation of such agreements. Federal, state, and local contracting all have their requirements and cultures, from the beginning of the solicitation process through potential litigation to reach contract execution. Still, they share many general principles and procedural similarities.  This blog will focus on the specifics of state solicitations.

President Biden’s proposed Infrastructure Bill comes with a hefty price tag estimated to be approximately $2 trillion. While such legislation has traditionally been paid for with tax hikes and/or the issuance of bonds, Florida is at the forefront of an alternative funding mechanism – public-private partnerships (P3’s).

On May 13, 2021, Governor DeSantis signed a bill into law that made permanent the emergency relief order that permitted restaurants to include alcoholic beverages with take-out meals.  During the 2021 legislative session, CS/SB 148 was introduced by Senator Bradley and the Regulated Industries Committee specifically to address the continued ability for restaurants to include alcoholic beverages in to-go orders.  The law allows an establishment to sell and deliver alcoholic beverage drinks prepared and sealed by an establishment with a “special restaurant license” for off-premises consumption.  A “special restaurant license” requires that at least 51 percent of gross food and beverage revenue must be derived from the sale of food and non-alcoholic beverages during the first 60-day operating period and each 12-month operating period thereafter.  It also allows for manufacture-sealed beer, wine and liquor and transported in a bag.  The sale of to-go drinks must be cut off, however, when food services end for the night or at midnight, whichever occurs first.

Take a Second Look: You May Be In The Infrastructure Business

President Biden’s proposed American Jobs Plan has been touted as a vast and far-reaching infrastructure plan. When most of us think of infrastructure, the types of projects that leap to mind include roads and bridges and perhaps some airport improvements. According to the White House “Fact Sheet” on President Biden’s Plan, however, the term “infrastructure” may now have a far more expansive definition. It may include the types of projects you are in the business of providing.

Florida’s Senate has just passed SB 76--major legislation which, if likewise passed by the House and signed by the Governor, would substantially and negatively affect the rights and remedies of every homeowner and business owner in Florida.

Although it’s only the first week of April, the Spring of 2021 has already dappled with three significant rulings on the concept of fair use of a third party’s copyright. Fair use is a concept that exists in US copyright law, which allows third parties to use another’s copyright-protected content without obtaining a license, asking for permission or consent, or paying a fee. Judge Pierre Leval, formerly of the Second Circuit, once described it in an article as a court-recognized doctrine that allowed unauthorized reproduction of copyrighted material that would not infringe the copyright holder’s rights.

Student-athletes, schools, and businesses continue to watch closely. Legislatures and governing bodies grapple with the changing landscape of collegiate athletics and the ever-pressing issues surrounding the student-athlete's desire to monetize their name, image, and likeness and otherwise be compensated for their contributions toward their schools. Recent developments, including proposed legislation and newly enacted rules and procedures, are shedding light on the details of how amateur and collegiate athletes can pursue business opportunities.